MAC Doctors Helped Get Prescription Drugs Out of Medicine Cabinets

MAC doctors helped get prescription drugs out of Michigan homes during Take Back Day held on Saturday, April 28.

The average reach for each doctor post was over 2,000 local residents. These posts were used to educate people on the importance of proper disposal of medications and to consider a non-drug approach to pain management involving chiropractic.

From 10a to 2p, Michigan residents brought in their unused meds to law enforcement agencies around the state where they were safely disposed of. Almost one million pounds of prescription drugs were collected across the U.S.

“This is only the beginning of the role MAC doctors will play in reducing the amount of drugs used in Michigan,” said Dr. Christophe Dean, MAC PR Committee Chairman.

“People were coming into the State Police Headquarters during Take Back Day saying ‘Is this the chiropractic drug return place?’” said Kathy Schaefer, MAC PR consultant. 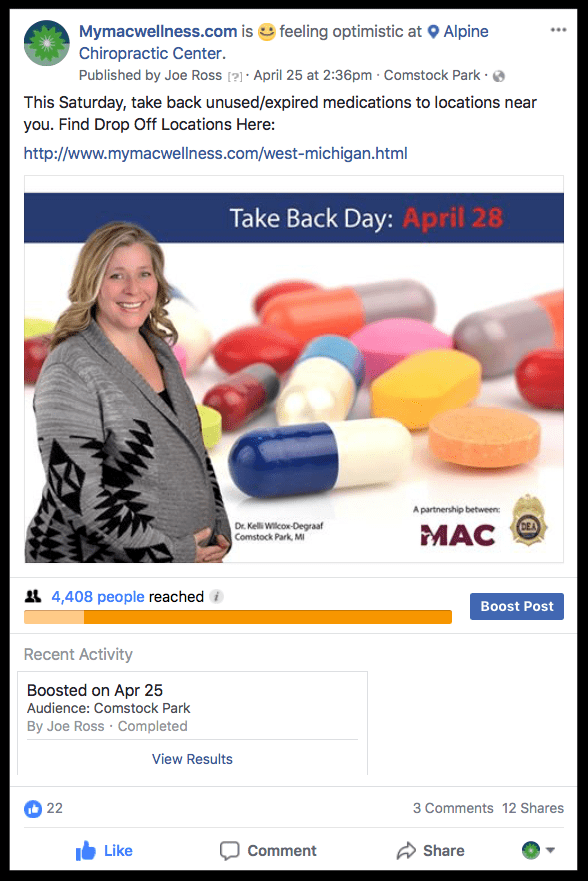