Worried About Prescription Opioids, You Should Be Really Scared of Synthetic Opioids 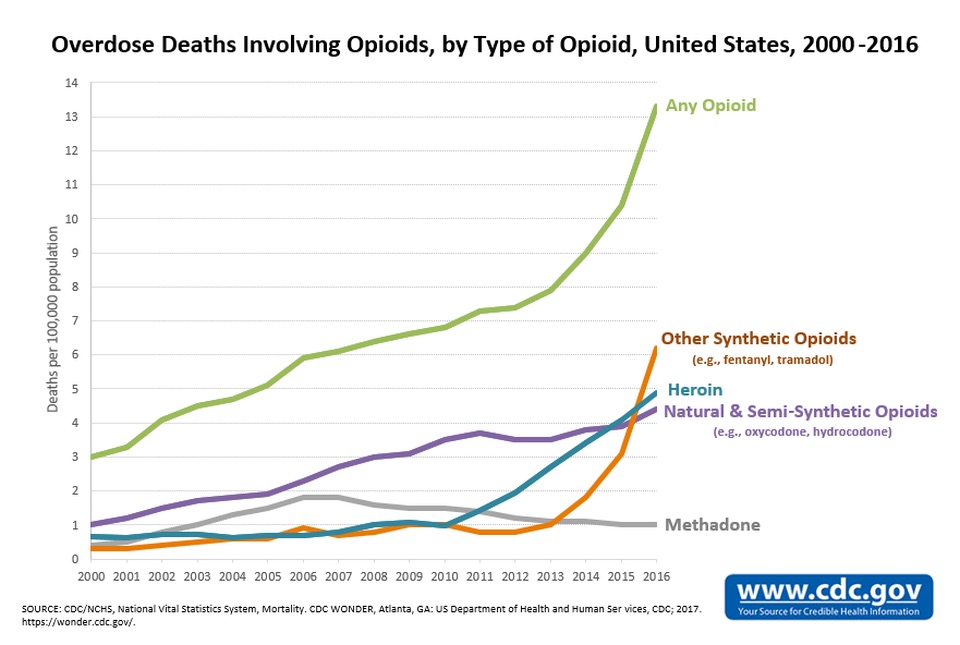 If you’re worried about prescription opioids, you should be really scared of synthetic opioids

This change occurred in 2016, according to data published Tuesday in the Journal of the American Medical Association. And it seemed to happen pretty suddenly.

Data from the National Vital Statistics System show that there were 42,249 opioid-related overdose deaths in 2016. That includes 19,413 that involved synthetic opioids, 17,087 that involved prescription opioids and 15,469 that involved heroin. (In some cases, more than one type of drug was implicated in the death.)

That means synthetic opioids were a factor in 46 percent of all fatal opioid overdoses in 2016, compared with 40 percent for prescription opioids.

Between 2010 and 2013, the percentage of fatal opioid overdoses that involved a synthetic opioid held relatively steady, ranging from 11 percent to 14 percent.

The National Vital Statistics System is maintained by the Centers for Disease Control and Prevention. It includes information on all deaths in the U.S., based on the death certificates from coroners and medical examiners across the country.

It’s also possible that synthetic opioids may have played a bigger role in previous years, but medical examiners didn’t see it because there was less testing for these types of drugs, they said.

Regardless, the new figures make clear that the surge in synthetic opioids “poses substantial risks to individual and public health,” the researchers wrote in JAMA. “Clinicians, first responders, and lay persons likely to respond to an overdose should be trained on synthetic opioid risks and equipped with multiple doses of naloxone,” a medication that can reverse the effects of an opioid overdose.